There was no need for a total ban on smoking in pubs and clubs to protect smokers and non-smokers from harmful tobacco smoke. I say this with confidence because well-proven air cleaning technology existed to remove the smell and all the pollutants posing a health risk. 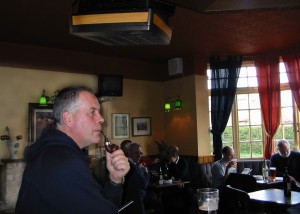 But, once the lines were drawn, the anti-smoking lobby would allow nothing less than a total ban.  The argument that smoking might still be allowed in dedicated smoking areas – those fitted with high-tech cleaners which remove all the smell and danger – wasn’t even on the agenda.

This solution to protecting people from passive smoking was already employed within tens of thousands of pubs, restaurants, cafes, hotels, clubs and other leisure premises in the UK.

I’m a non-smoker and detest cigarette smoke. But I visited many pubs and restaurants where the air was clean and fresh despite many smokers, thanks to electrostatic air cleaners.

Removing smoke and pollutants
For over three years (from 2003) I managed press relations for a manufacturer of electrostatic air cleaners.  I wrote dozens of articles and over 60 press releases on the subject; some of these featured premises where the cleaners were being used very successfully to remove tobacco smoke with its smell and pollutants such as volatile organic compounds, dust, allergens and viruses.

My work was regularly and widely published in trade and business magazines serving the air conditioning, building services, restaurant, pub and hotel industries.

Meanwhile the much more influential national news press and broadcast media were committed to supporting calls for a total ban: scare stories issued by the anti-smoking lobby were reported in full, while those arguing for a partial ban (by allowing smoking in dedicated rooms fitted with air cleaners) were ignored or, at most, reported dismissively or unsympathetically. Technology and tolerance counted for nothing. 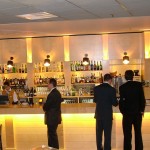 This hotel installed electrostatic air cleaners in the false ceiling.

My press releases to national newspapers, and missives to their letters pages as a non-smoker, argued that smoking could be allowed in dedicated areas protected by electrostatic air cleaners without any risk to health. None were published.

Healthier in a smokers’ bar
Electrostatic cleaners, which actively remove harmful pollutants, should not be confused with simple filters or with either air conditioning or extractors, which simply move air. Tests showed the air within premises fitted with these self-contained units can be cleaner and healthier than outdoors – particularly those located near busy roads – even when the premises are filled with smokers!

As they also remove pollens and other allergens, the electrostatic cleaners were good news for asthma and hay fever sufferers too. On some occasions when I visited venues with electrostatic air cleaners for research, it was recounted that the clean air they provided in a smokers’ bar provided relief from asthma and hay fever symptoms for staff and customers. Yes – sufferers were much more comfortable sitting in such areas alongside smokers than outdoors or in a non-smoking area without air cleaners!

It’s been said the ban influenced the closure of thousands of venues, with the loss of tens of thousands of jobs. Electrostatic air cleaners were a missed opportunity to provide the means to allow smokers and non-smokers to meet without discomfort and alienation. I tried to spread the message but it was clear the air treatment industry and those arguing for some tolerance were ignored amidst fanatics’ clamours for a total smoking ban.

Footnote: A reader of this post sent me a  comment which doubted the efficacy of electrostatic air cleaners in pubs. In response,  I’ve posted the text of a press release I wrote and distributed in 2005 for Honeywell and Inn-House Technology, which explains that a Sunday newspaper couldn’t understand why there was minimal pollution in a bar fitted with the cleaners.  You can read it HERE.